The proposed Lane Reduction Program from an Engineering perspective is similar to what was constructed during the 2015 Pilot Project with enhancements. The Plan incorporates input from areas (including learnings from the previous plan, current conditions in the Downtown, input from the Police and Fire Departments, current engineering standards, and best practices) in developing the plan. This input includes a very strong desire from Public Safety on having the ability to enter and use the bike lane for emergency use. The major changes include:

The plan was developed to support the limited budget available to the City for implementation of the Lane Reduction Program. While the implementation cost is limited, it will provide a permanent solution that can be maintained efficiently and cost effectively. With this plan as the basis, the City would have a future option to develop long-term streetscape improvement plans for Downtown, while benefitting from the lane reduction at the same time. Funding for both the design and implementation of long-term streetscape improvements is currently not available.

Additionally, due to the cost-effective design for implementing the Lane Reduction, a second trial is not recommended, as rental of the equipment for the temporary closure may result in similar costs and will not provide the same quality of improvements that will support the highest levels of safety and the most efficient traffic flow.

The Lane Reduction Program Plan is estimated to cost approximately $90,000 to implement. The plan will need to be merged with the beautification and parklet planning to finalize the design.

The proposed Lane Reduction Project creates a dedicated bike lane using a buffer area and rubber safety humps to allow for emergency access.  The bike lane will be protected for the entirety of the corridor (Main to Dunne Avenues).  The design allows for flexibility for parking or parklets on a block-by-block basis. Signage and traffic mitigation efforts are proposed to alleviate congestion. 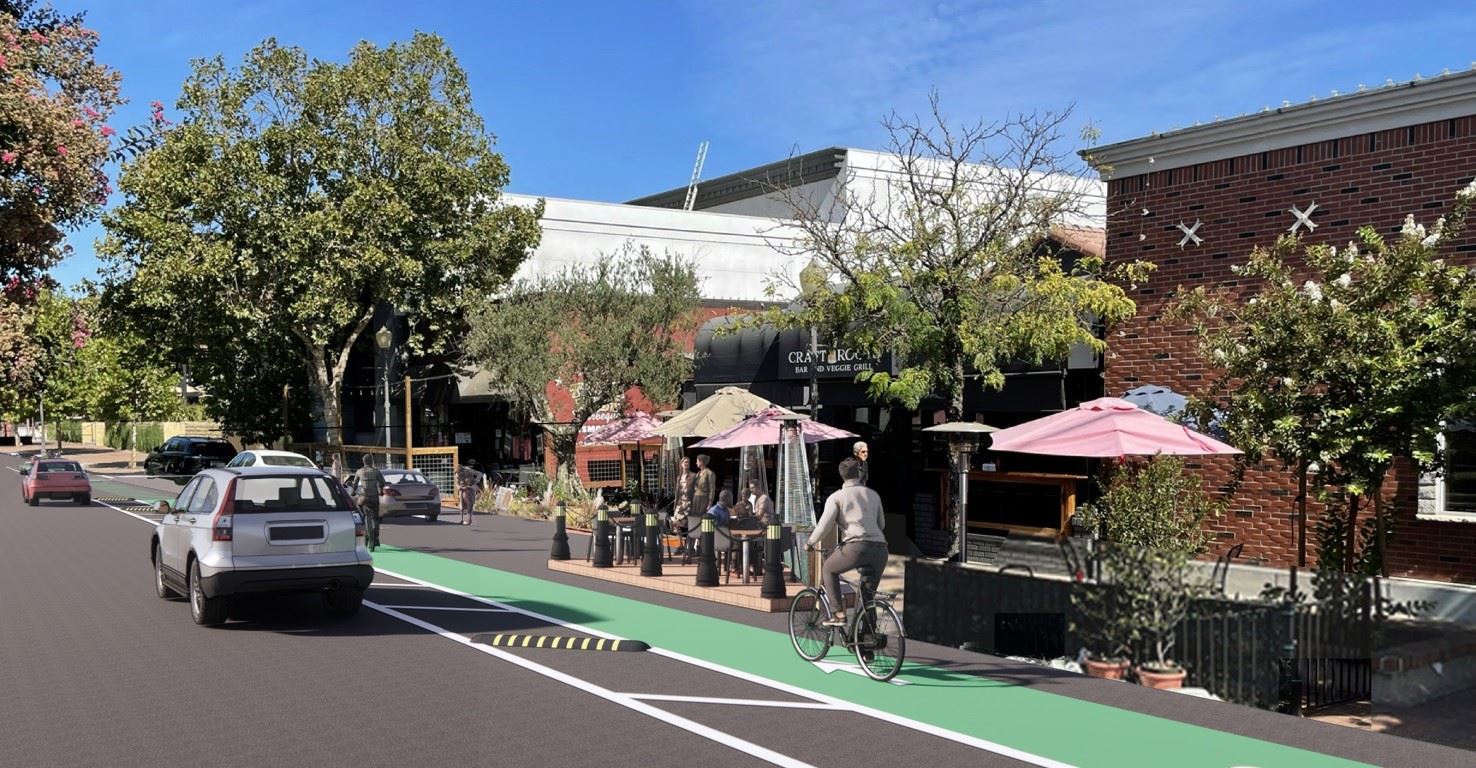 The updated plans for the Lane Reduction are based on the 2015 Pilot Project with improvements based on experience and input from Public Safety, residents, and Downtown businesses. The plans include:

•    Flexibility for parklets or to retain parking block by block