Create an Account - Increase your productivity, customize your experience, and engage in information you care about.

Morgan Hill Civic Plaza water-wise landscaping example
to reduce irrigation and urban runoff.  Over the past century as urban areas continue to grow, urban growth has negatively impacted stormwater and urban runoff, which includes examples like runoff from landscape irrigation, or construction activities. 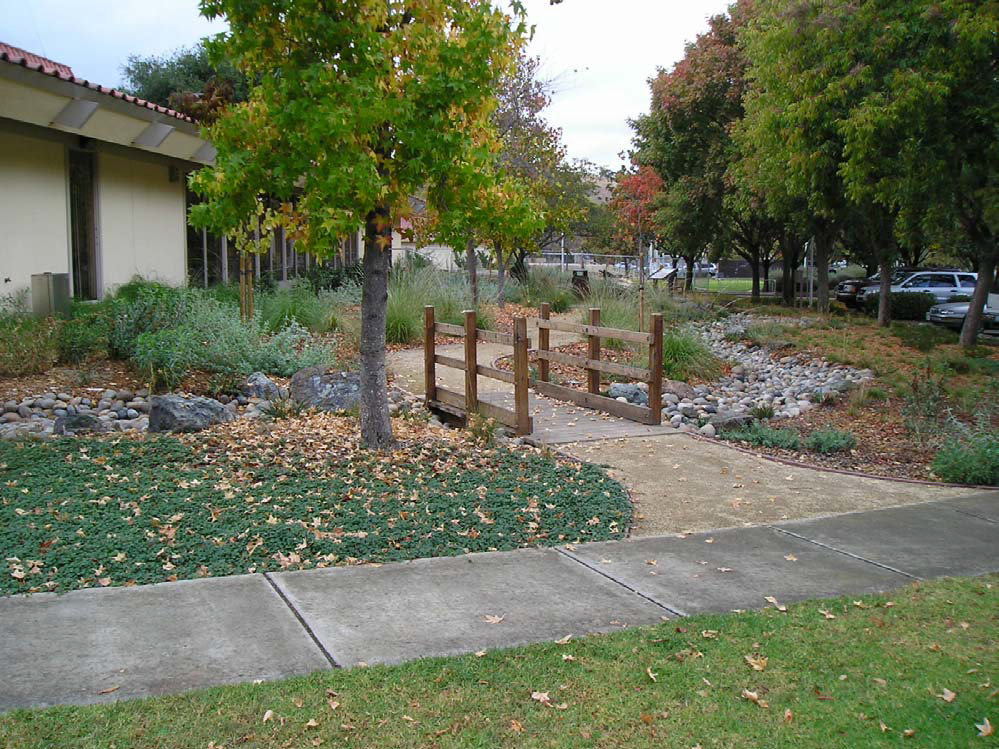 Impact of Urbanization
Urbanization increases areas of impervious surfaces (roofs, parking lots, streets, etc.) changing the natural flow of stormwater by reducing the area of permeable surfaces for stormwater to naturally infiltrate into the soil. Without this natural filtration, stormwater and urban runoff are free to carry pollutants, such as landscape fertilizers, street oils, sediment, trash, or leaves from lawns, parking lots, streets and construction activities into the storm drain systems which ultimately discharge into local creeks, rivers, and channels. This discharge is a significant source of water pollution which can harm the natural balance of the effected body of water.

Clean Water Act
Aware of this situation, the federal government amended the Clean Water Act (CWA) in 1972 to include the provision that the discharge of pollutants to bodies of waters of the United States is unlawful, unless the discharge is in compliance with a National Pollutant Discharge Elimination System (NPDES) permit. In 1987 the CWA was further amended with provisions to regulate municipal and industrial storm water discharges, which includes discharges associated with construction activity.

State Water Resources Control Board
Under the California EPA, the State Water Resources Control Board (SWRCB) is the governing body which regulates the states NPDES permitting program. Made up of 9 Regional Water Quality Control Boards (RWQCBs), the City of Morgan Hill is under of the jurisdiction of the Central Coast RWQCB (Region 3). In March 23, 2005, Morgan Hill received its NPDES General Permit for a small MS4. Under the General Permit, the city is required to implement a Storm Water Management Program (SWMP) to prevent pollution in stormwater and urban runoff from entering the stormdrain system and protect the water quality of creeks and streams.

SWMP & State NPDES Permit
Detailed information on the city’s SWMP and state NPDES permit can be found in the following links: